My early Academic life was not good, way down the class at junior school. Failing the critical 11+, I was off to a technical school which then merged with the secondary modern next door. I started to achieve academically at secondary school when subjects became less a memory test, more working things out.
So I was quite good at Maths and Science, but still struggled with English and memory subjects such as Languages and History. Geography was my favourite, but we couldn’t afford the felt-tip pens.

Consistently top of the class at Physics and Geography,  I sailed through most my GCE’s (let down by English Lit, an only fail), and could then dare to think about getting to university.  But first I needed to switch to the High School, actually next door on the site.

There, I was good but no longer the best at my subjects, but did manage to get into get good A-Levels.  I actually got better results in Chemistry than Physics. Our teacher spotting what we had to do in the practical part of the Chemistry exam. He gave an intensive coaching on how to run the experiment and most got excellent marks that year.

So, it was off to Durham University to study Physics. I felt like I had returned to junior school. I was very much an also ran in my subjects and after managing to scrape into the second year, I drifted into other things, like running the college bar and joining the Mountaineering Society. My scaling of the Academic heights ended with a gentleman’s degree.

While working at the Post Office I was lucky to gain a place at on a sandwich course to train as an Accountant and so gain qualifications in quick time. Now this was something I found I could do really well. I sailed through my exams, A for every paper, apart from a ‘B’ in Business Law, another memory subject.

When the results for Part I came out, I was called into the office of the Head of the college.  I was actually being trained at the Royal Army Corps base at Worthy Down, Winchester so I had to meet the Colonel.

He said, ” I have some good news and some bad news for you.”

“First the good news; you have achieved Third Place in the country in the overall exams and won a prize for your Cost Accounting Paper.”

“The bad news is that your employer hasn’t paid your fees, so you can’t have the prize.”

But we eventually sorted the fees and I got a certificate and a cheque for £50 along with some great congratulation letters from the CFO and Head of Finance of the PO Telephones as it was then. I even got to meet the Chairman, Sir George Jefferson, who was very pleased with my  results.

I have looked high and low for the photo I had of the presentation, but it has got lost in my appalling filing system. When I come across it, I’ll share that! 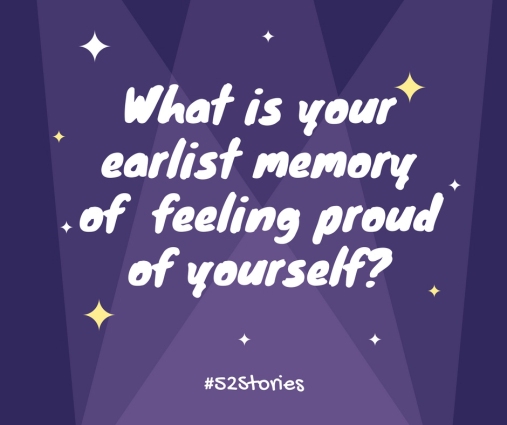 Difficult question this one, there’s really not one moment I can think of that stands out. But this stories must have had some impact.

At junior school my academic stars had yet to shine. I was always down at the bottom of the A-stream at Linthorpe School, not a good place to be in the days of the 11 plus. My  English was particularly poor and so one day I was surprised to be top of the class in our latest punctuation test. Mrs Hughes, our dragon of a teacher, was so shocked she insisted on a re-mark. I lost a few marks, dropping my place down to second or third. Nobody else was re-marked and the unfairness was made worse by spotting that Mrs Hughes changed some answers to make sure I lost out.

Rather than let that injustice upset me for the rest of my life, I went home and told my Mum I came top of the class. That was the first and last time I was top in anything at that school, but I do remember the pride I felt that day and the love from Mum for doing so well.

Anyway, I was one of the few kids from that year that ended up going to University, so I suppose it turned out OK. But my punctuation still stinks.